Blog - Latest News
You are here: Home / Tevelady MEDIA Blog / Yes, Me Too 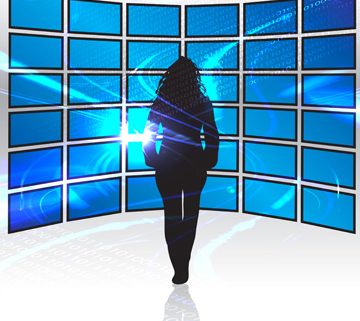 As a runner for ABC Sports in the 80’s, I was a college kid answering phones in the “A unit” production truck. It was a big deal. Monday Night Baseball, Monday Night Football, US Open Golf. What a great opportunity, and all thanks to someone my dad worked with in the garment center.

My dad’s business associate had a brother who worked in the accounting department at ABC Sports. The brother graciously connected me with a production assistant who hired me to work at major events for $35 a day. It was a big deal. If the production assistant liked you, sometimes you’d get an extra day’s pay as a little bonus.

As runners, we had to pay our own way to get to the events we wanted to work. Between DC, Baltimore, Philly and New York, there were plenty of opportunities for me to be part of the atmosphere, to go back to college and tell everyone what I had learned. It was a big deal.

Surrounded by the biggest names in TV sports, it was like being a sponge soaking up first hand knowledge of how to produce and direct the biggest events on television.

“Boobs, get me some coffee.”

His headset key was open for the entire crew to hear. Everyone knew he had a reputation. No one would tell him to stop talking to me that way. I had two choices. Say something, and risk never working in the TV sports business or say nothing, and just take the abuse. It was a big deal.

As a 20-something just starting out in what I hoped would be a life-long career in sports television production, there didn’t really seem to be a choice at all. How could I continue to absorb the disrespect, the embarrassment, the feeling of disgust?

At halftime, we all walked out of the truck for some air and food. Countless people (men AND women) came up to me asking if I was OK. They all heard the verbal abuse, of course they did. It was a big deal. Would someone speak up on my behalf? Who was going to tell this powerful man his behavior was disgusting, inappropriate and unprofessional? Apparently no one.

I walked over to him, called him by name and said, “How would you like it if some man was talking to your daughter the way you’ve been talking to me?” For a split second his face and body language changed. It was like he was just punched in the gut. He paused, and then replied, “Well, if I knew he could treat her as well as I could treat you, it wouldn’t bother me.” Without missing a beat, I replied, “You’re full of shit,” and then walked away.

Never again did I hear, “Boobs answer the phone. Boobs get me a cup of coffee.” Instead, he always called me by my proper name. I also continued to work many more events in his production truck. It was a big deal.

The particular director has since passed away, but we know the behavior lives on. This must stop. It’s a big deal.

Brands Are People Too
Scroll to top